The Rich History of Clarella

Clarella — oh this place, this wild formed place! Eyes that seek wonder look upon her. Breath deep her flowery vales, her sweet springs, her pleasant woods!

Circa 9th century, the weathered-smooth, granite mountains surrounding the pueblo of Santa Maria de Besora give birth to the stony infant, Clarella.  This regal three-story manor is sustained through millennia by the massive hand-carved stones quarried from those majestic bluffs, enduring and unmovable.  Local Catholic monks pen the first written record of Clarella in 1245 and affirm her prominence throughout the Bisaura valley.  Four hundred years transpire, when in 1657 a grand expansion nearly doubles her size and the large domed animal stable is added.  In 1846 the guardhouse is expanded and rebuilt and the upper floor of the main house repurposed and utilized as an elementary school.  Then a Virginal chapel, sanctioned and blessed by the Archbishop of Rome is artfully affixed in 1892. Marching forward another one hundred years, a large Spanish style patio is adjoined to the home.  Finally, in 2015 a vineyard is replanted and a bodega constructed.  The vineyard is deemed “replanted” as historians are confident that grape vines for the private use of the family flourished on the property long before the plague of phylloxera unmercifully ravaged the whole of Europe in the 1800’s.  Efforts are underway to validate its certain existence at Clarella, for even today century old vines exist at a number of important estates throughout the valley.

The family Pujolons is the first to inhabit the manor over one thousand years ago.  Through the ages they amass vast land holdings throughout the Bisaura valley where tenant farms ubiquitously dot the countryside and their denizens work the earth on behalf of the family.  Ancient tradition finds the manor’s work animals nesting within her walls on the ground floor, the family on the spacious second floor and the servants in the seasonally very hot or very cold nethermost spaces above.  Such is life for four hundred laborious yet mostly blithesome years.  However, in the early 1300’s the Pujalons suffer poignant tribulation and heartache for when the black plague strikes Europe Clarella is not spared.  Vile and unconquerable, the virus decimates fully one-half of Bisaura’s populace, requiring more than three centuries for complete regeneration.

According to local legend, the Catholic Pope sometime in the early part of the 15th century seeks the help of the Clarelli family; Italians of long established military pedigree, to forcefully expel the Moors from Spain.  With Clarelli men now in the mother patria, the Pujolons and Clarelli familes join together; however, detailed records of where and how remain sadly undiscovered.  Fortunately, history does affirm the union of the heiress Francina Pujolons with Jaume Clarelli in the mid 1400’s as well as the unions of the many generations of Clarelli heirs that follow.  The modification of the last vowel in the Clarelli name from “i” to “a” begs explanation.  Clarelli becomes Clarella simply as a result of an aftereffect of phonetics, as the “i” at the end of any word is rarely used by the Catalans.  Brandishing a newly minted surname, the family propagates her prominence and aggrandizes her handsome crest for the next five centuries. 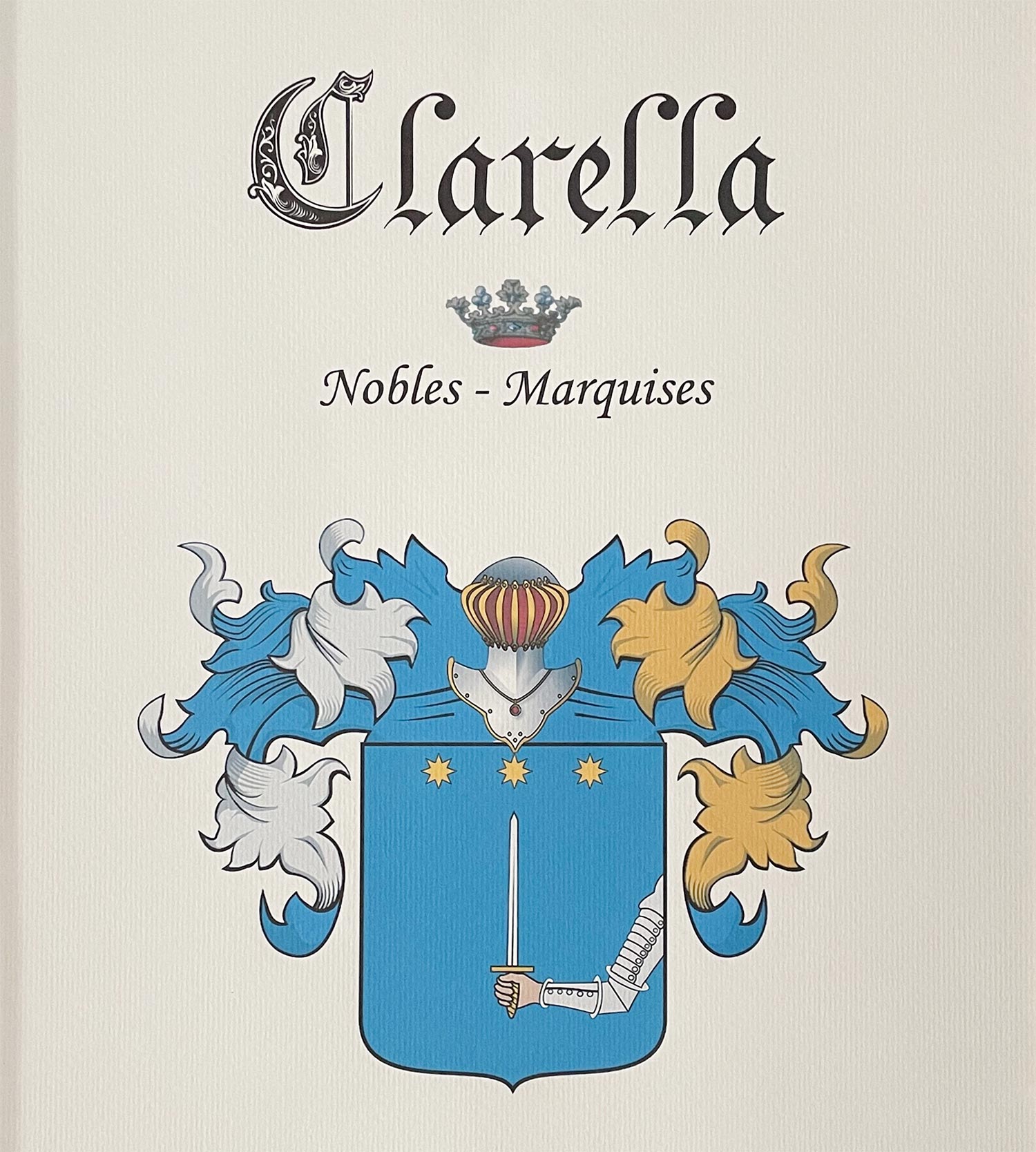 Around 700 A.D. the Castle of Bisaura is established atop a steep plateau towering above the pueblo of Santa Maria and for some 600 years serves as the protector of the valley.  Bisaura’s only functioning church, consecrated in 898 by Bishop Gomar of Vic, is also a part of the castle complex.  Upon the death of a family member, valley folk trek up the steep cliff face to lay them to rest together with their once cherished personal treasures.  The noble families and clergy intern their dead within the chapel walls and the non-gentry around the outskirts outside.  Restorations and excavations are underway at the site today and much is being discovered and learned.  Thousands of bones are unearthed each year, and ancient relics such as Greek coins and pendants are among the remains to be displayed in the local museum at the castle of Montesquiu.  The most stunning find to date is a gold-plated challis from the 13th century hidden amongst the dead.  Only one other excavated challis from this period exists in the world.  The excavation and renovation efforts are funded in part by the current owners, the Call’s, through financial gifts to the castle foundation.

For centuries the castle provides security and protection for the surrounding inhabitants in exchange for their goods and services.  Written records of such transactions are plentiful yet only available via church historical transcripts as the educated monks were the only ones in the community able to read and write.  These records enumerate the tradition of ratifying negotiations with a famous local liquor aptly named Ratafia.  This syrupy, spiced liquor is made from young walnut skins and fermented by the noble houses in the valley.  When contracts between the locals are executed, the parties join together and drink a shot of this liquor to “ratify’ the deal.

The Clarella family suffers economic loss from the Spanish civil war in the 1830’s but is even more devastated as a result of the so-called Carlista wars that follow.  In the first war the family advocates for the coronation of Carlos V, the brother of King Ferdinand II, over the King’s liberal daughter and heir Isabella II.  They lavishly finance the ultra-traditionalist Catholic pretender to the throne.  However, after early military successes they are ultimately defeated and Isabella is crowned Queen.  Years later, as a result of a military coup, Isabella is forced to abdicate whereupon the foreigner son of an Italian King, Amadeo I is placed on the throne in 1868.  Led by Carlos VII the call for rebellion once again soars throughout the Catalan and Basque regions.  Special stamps used as a form of legal tender are printed at Clarella to raise capital for the Carlista cause.  After a short three-year reign Amadeo abdicates amid the exhausting political upheaval, however, Alphonso VII, son of former Queen Isabella is placed on the throne in his stead.  In protest, the Carlistas fight on, but after four years of bloody conflict they are once again defeated.

Only a few original stamps remain in the world with one of the best preserved examples prominently displayed in Clarella. Today’s wine labels proudly carry the form of a stamp in homage to this unique part of her history! 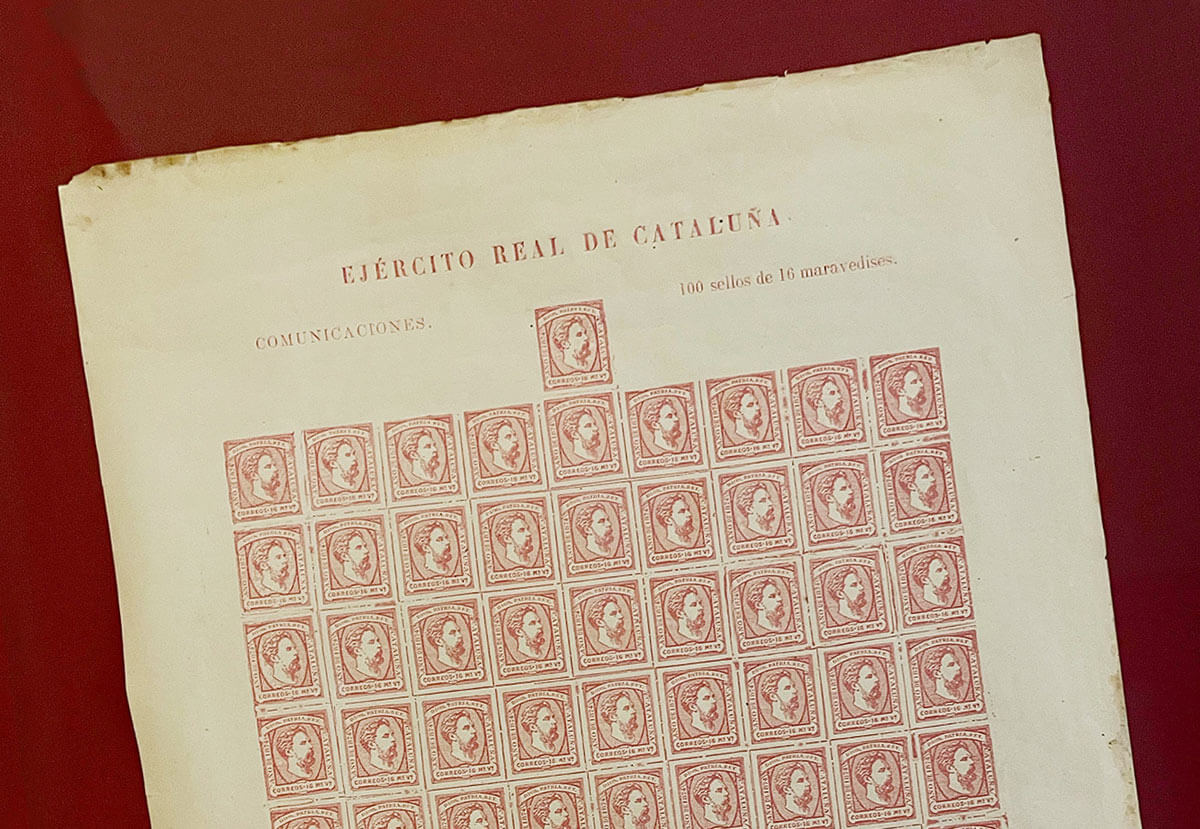 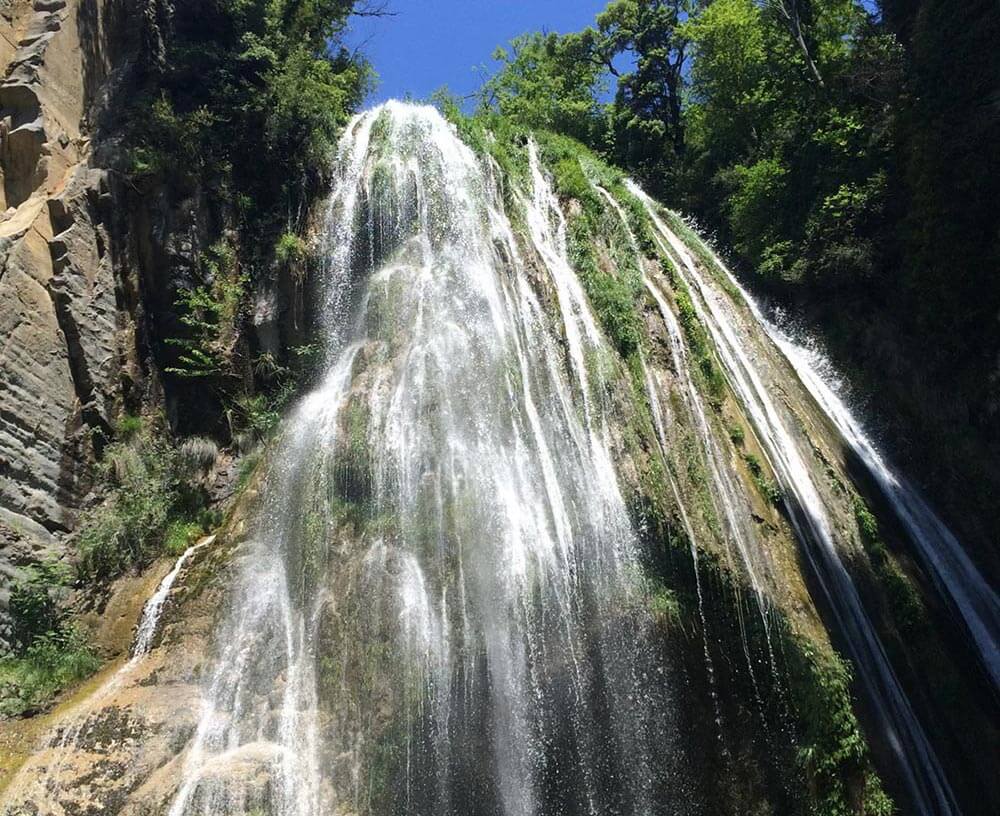 A large gristmill possibly dating back to Roman times is still prominent on the estate.  The Clarella river which powered the mill flows out of the mountains just above the home and down through the valley before cascading over a beautiful waterfall on its way to join the river Ter.  This marvel is a must see especially in the spring when massive flows gush over the precipice and tumble down the mossy rock face to the ponds below.

As a result of the unsuccessful attempts to overthrow the perceived illegitimate Spanish monarchy, Clarella is severely burdened with heavy mounting debt.  Sadly, the family is forced to liquidate much of the land and tenant farms.

With much of the vast holdings sold the family’s prominence wanes, but her distinguished name not forgotten.  For even today her legacy continues.  In the nearby city of Vic several institutions providing assistance to the mentally disabled proudly brandish the Clarella name.  And like the many noble families in Spain deeply devoted to Catholicism, records abound of many Clarella family members joining the clergy as nuns and priests and of their personal sacrifices to their community and their God.  Mainly as a result of so many joining the clergy, there are now a mere 28 families in the entire world wielding the Clarella appelation, with most of those residing in and around Barcelona. 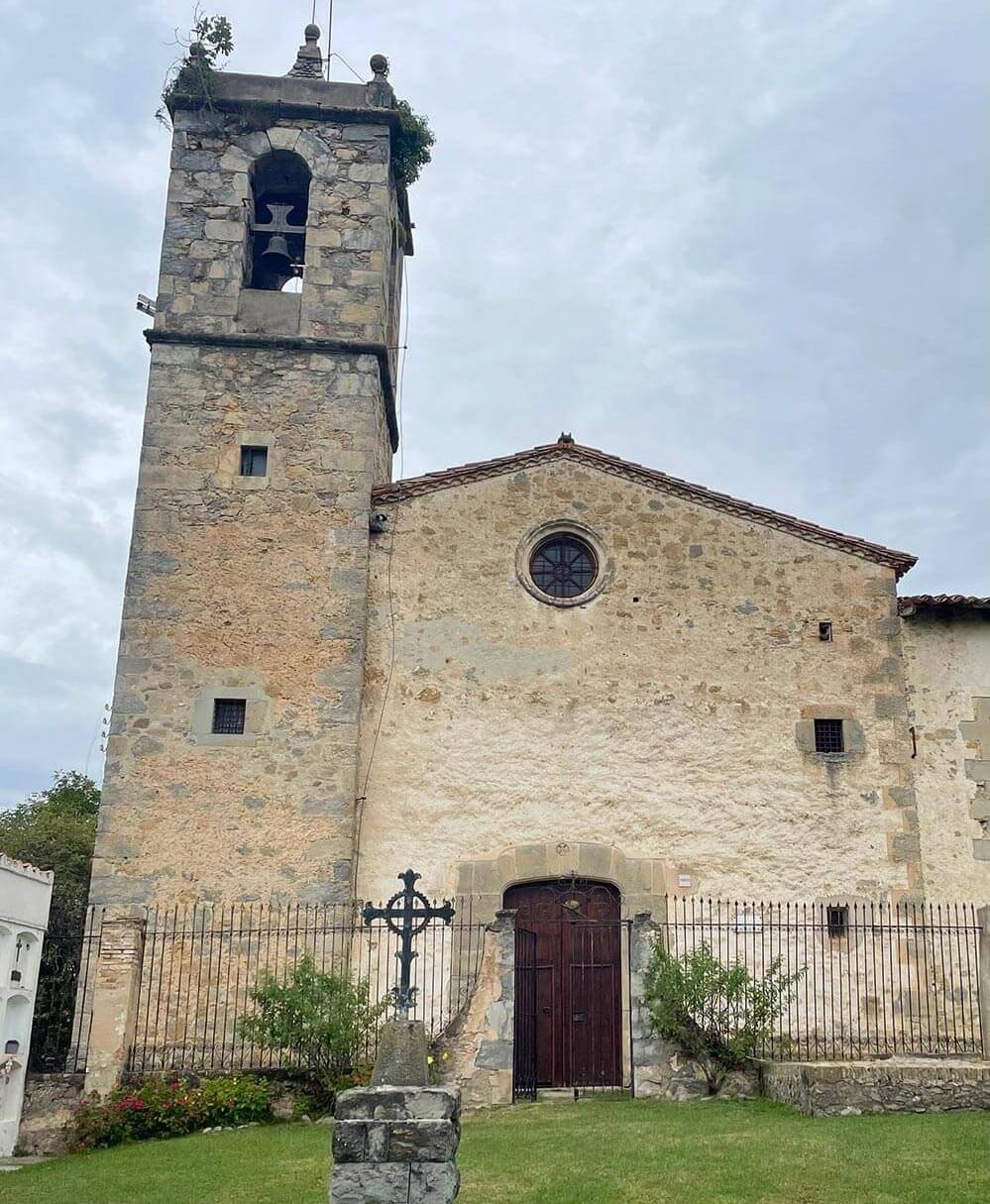 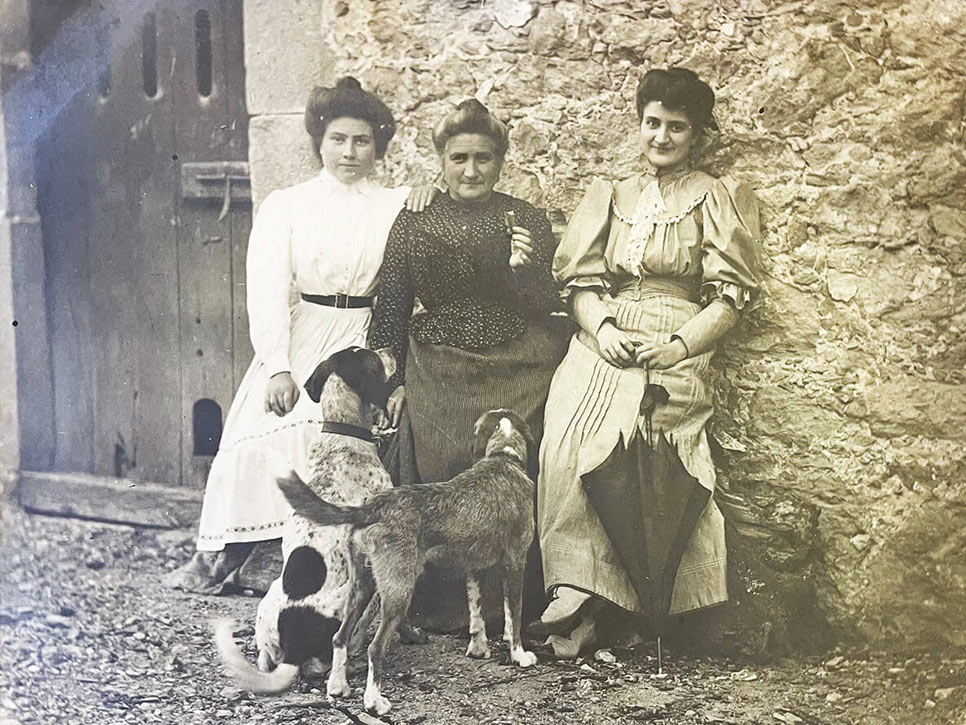 After an amazing nine centuries passing the grand estate down from generation to generation, the last heir Pilar Clarella dies without issue in the early 1970’s as a result of a fall on the manor’s main staircase.  Upon her passing the estate is mistakenly gifted, not to the church in Santa Maria de Besora as Pilar had directed, but rather to the church in Santa Maria de Corco!  The church then sells the estate to senor Corts who divides it into smaller parcels and barters it off to various buyers.  History will forever lament the denouement of the Clarella bloodline and the closure of her fantastic story, however, it is hoped that in the very heart of Catalunya this noble Italian appellation will forever be forged to this elegant estate.

Except for grain being stored in many of her upper rooms, the home sits idol without a live-in owner or caretaker for a number of years.  Thankfully, in 1980, the prominent Barrado family of Barcelona acquires the home and installs electricity, modern plumbing and over several years beautifully restores the manor to her former glory.  The family also erects a beautiful bell tower above the chapel as well as a pool, barbeque room and terrace. 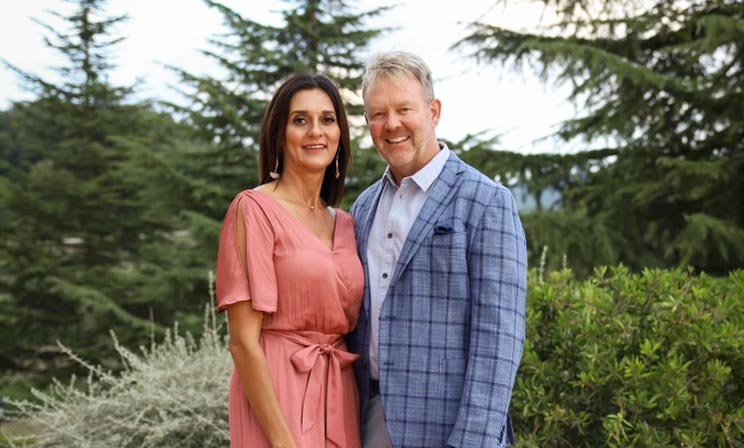 In 2013, ownership transfers again to the Call family from the United States whereupon the home is further renovated and modernized and a vineyard and bodega added.  Many discoveries are revealed during the remodel, including the main entrance to the original home that for centuries was hidden within an interior wall.  The last remaining step of her transformational journey is the soon to be constructed two-story terraced garage – that is, until the next owners also renew and renovate in an effort to “make her their own.”  The Calls, as did the families Pujolons, Clarella and Barrado before them, will continually strive to beautify and exalt the estate as mere passing visitors on this long fantastic journey.

Travelers on their way to the mountains via route BV-5227 can’t help but be awed by the grandeur of this magnificent lady.   Perched high along the road between the little towns of Santa Maria de Besora and Vidra she is impossible to miss.  Come and see her, come enjoy her beauty, her gardens and her many terraced vineyards!  Clarella awaits! 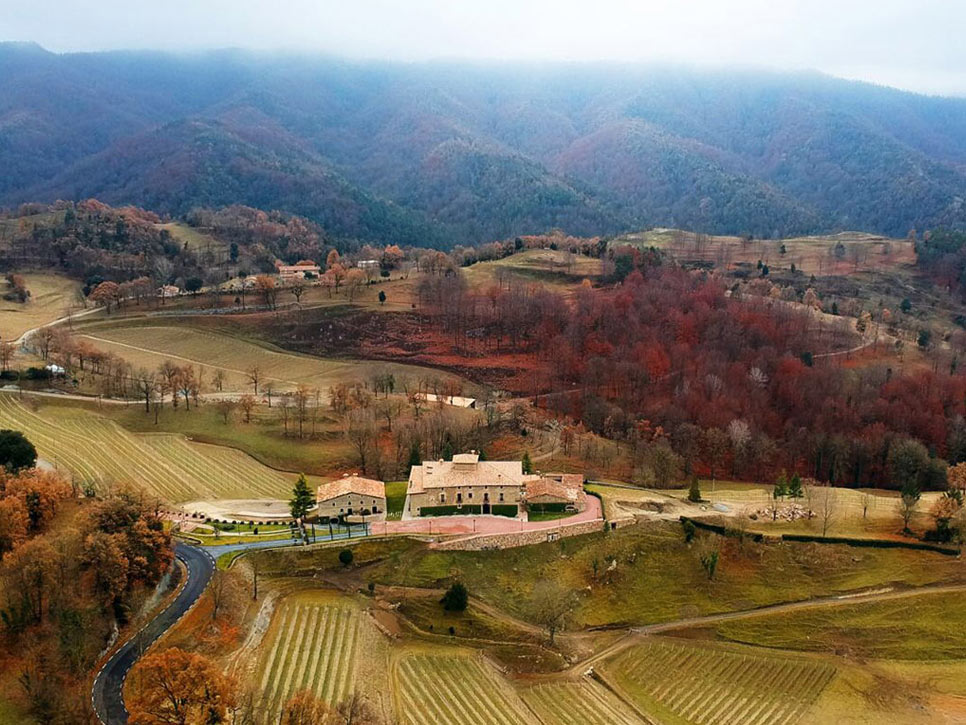 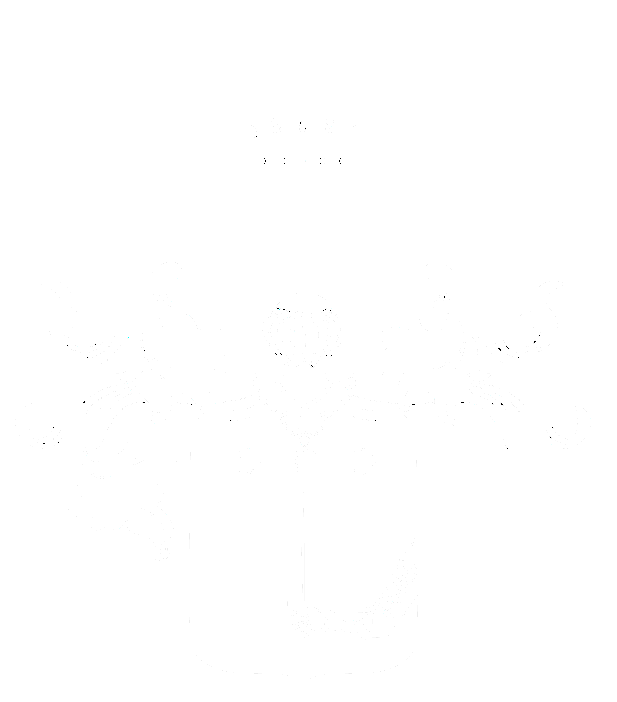